All Skills No Major Glitches

What is All Skills NMG?

All Skills No Major Glitches is a relatively short (around an hour long) and easy category, recommended for beginners. The aim of the category is to collect all the game's "skills" (which the community has defined as all movement abilities, spells and nail arts) and then beat the game by defeating the Hollow Knight. "No Major Glitches" means that the run is generally limited to using the game's mechanics as intended: no floats, no Out of Bounds, no skipping important bosses etc. However, this doesn't mean the category has no skips or tricks of its own as you'll see.

Why should I run it?

All Skills NMG is a very appropriate choice for new runners for a number of reasons:
• It's relatively short, just over an hour long after some practice.
• Collecting all the skills means having powerful upgraded spells for all the boss fights. This makes it one of the easiest categories to complete a run in.
• It visits a lot of different areas of the game and fights bosses that are only otherwise seen in the very long 1xx% completion categories.

What do I need?

Firstly, this route is heavily dependant on a glitch that only exists on patch 1.2.2.1 of the game. If you're on PC, follow this guide to downpatch your game to the correct version. If you're on console unfortunately you'll have no ability to downpatch, but you can run Any% NMG instead.

Second, if you want to submit your runs to the leaderboard you'll need to record them. I recommend OBS; it's easy to use and configure and relatively light on system resources. You can follow this guide to set up LiveSplit and the autosplitter. Using LiveSplit and the autosplitter is not absolutely required, however without it your runs will be timed RTA (real-time) instead. RTA is an incredibly unfair timing method for this game because of how variable load-times are between players.

If you have all of the above set-up you can start running. Although, I'd recommend reading through the entire guide and watching a full run first.

"What input method should I use?" is a question that's often asked by new runners. The answer is simply whatever you're comfortable with. There are top runners of this game who use keyboard and a variety of different controllers. One recommendation I have if you're using a controller, rebind "Quick Cast" to one of your face buttons. It's one of the most used controls besides Jump and Attack and it's important you can time your presses quickly and accurately.

For graphics settings, it's very important to turn vsync off. Low fps in this game doesn't prevent you from doing any tricks, but it will lead to fairly regular dropped inputs. Vsync only exacerbates this problem by adding input lag. If you have low fps even with vsync off, set particle effects to low and reduce the size of the game window to 1600x900 or possibly even 1280x720.

Finally, the fastest language for this game is Chinese. You can find it very easily by moving two places left from English. As well as having fewer characters, Chinese text also allows you to scroll through it faster for unknown reasons. English is totally fine for your first runs, but you want to be using Chinese if you're looking for competitive times. 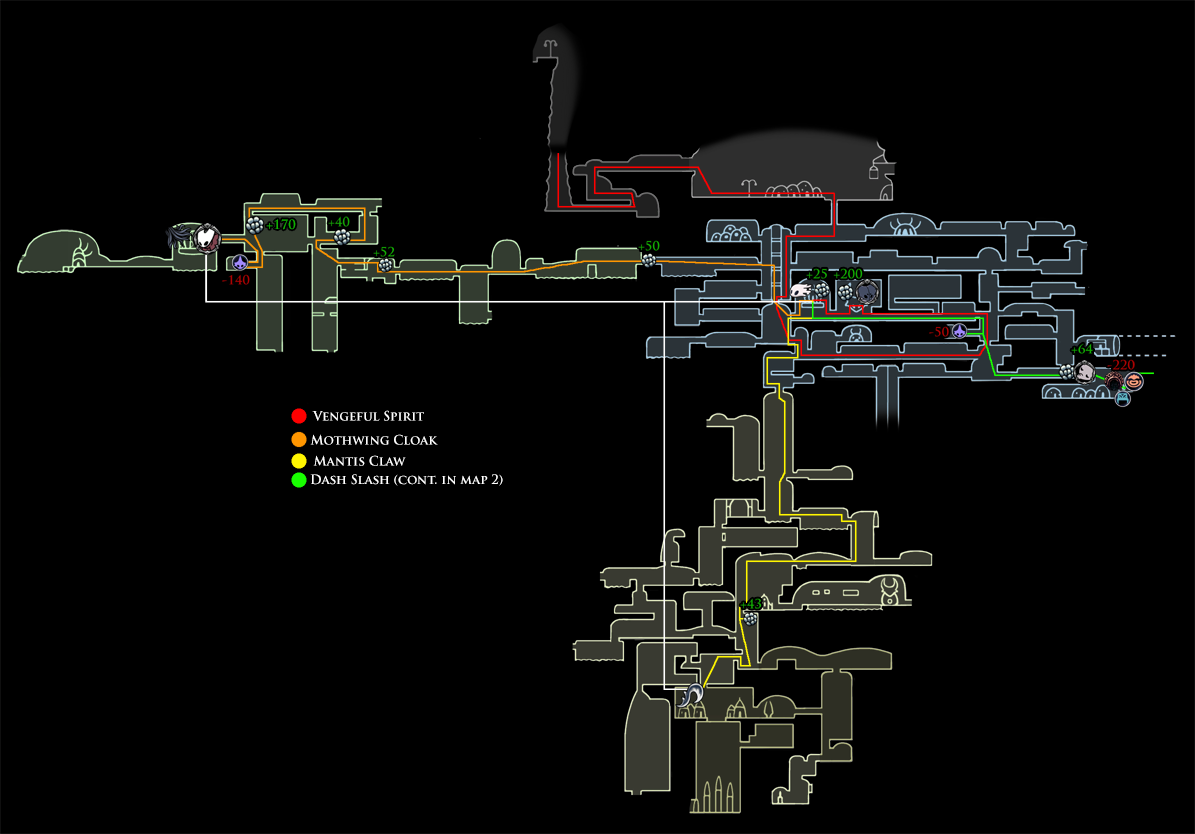 The run starts off immediately with two tricks. Pause and unpause to gain early control on the initial King's Pass drop, then perform an inventory drop to cancel the long hard-fall animation, all while holding right.

Walking through Dirtmouth slows your movement. Chain together long jumps to touch the ground as infrequently as possible. This is the only area in the game where jumping is any faster than walking normally.

The first challenge room is very simple. There is a much faster method that involves deflecting the stalactite to kill two aspids at once, unfortunately it is heavily RNG-dependent.

For the goam room, use the background objects to correctly time your jumps. Sometimes the vengefly won't be in a position where you can pogo it, but you can pogo across the spikes instead.

The room to the right of the stag station has two different strategies. The first method is very much recommended for new runners, the statue pogo saves less than 1s and is difficult to do consistently.

False Knight usually requires you to tank 4 damage (2 in each cycle) in order to continuously hit him. However, you can avoid one damage per cycle and speed up the fight by a few seconds if you walk into him and upslash on the 9th hit at the correct time.

For the Baldur one-shot glitch, use the background objects to tell how far away its aggro range is and how far away you should stand when you fireball.

Fireball skips extend your jump distance by pushing you back slightly and also by resetting your vertical speed. The first fireball skip requires you to both jump and fireball relatively late to get the maximum jump distance possible. If you struggle with this first skip it's not worth going for, as it only saves a few seconds.

The second fireball skip is possible with only one fireball as well, although new runners are recommended to learn the three or two fireball methods. When using multiple fireballs, focus on the timing between them. You shouldn't lose any height between fireball casts if your timing is correct.

As an alternative to this skip, you can lure the squit below and pogo it across the gap.

The third fireball skip requires you to jump as late as possible in order to avoid the ledge above, but the distance you have to jump is quite short. This makes this skip a lot easier than it looks once you have the jump timing down. 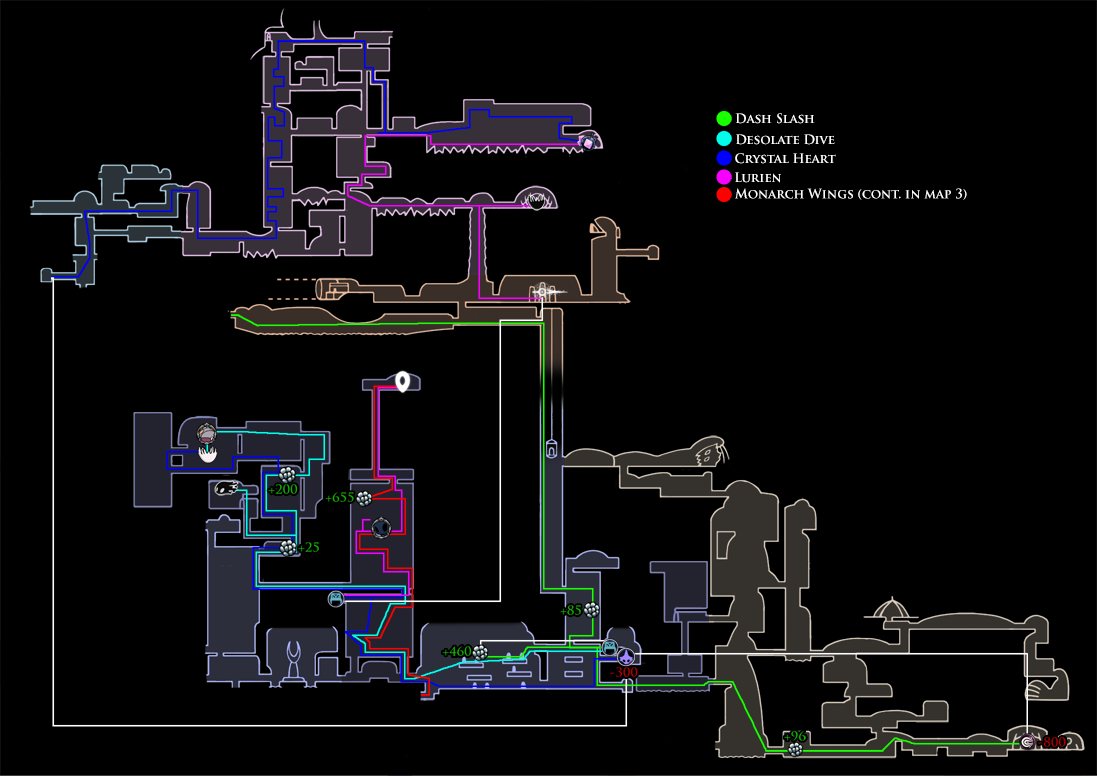 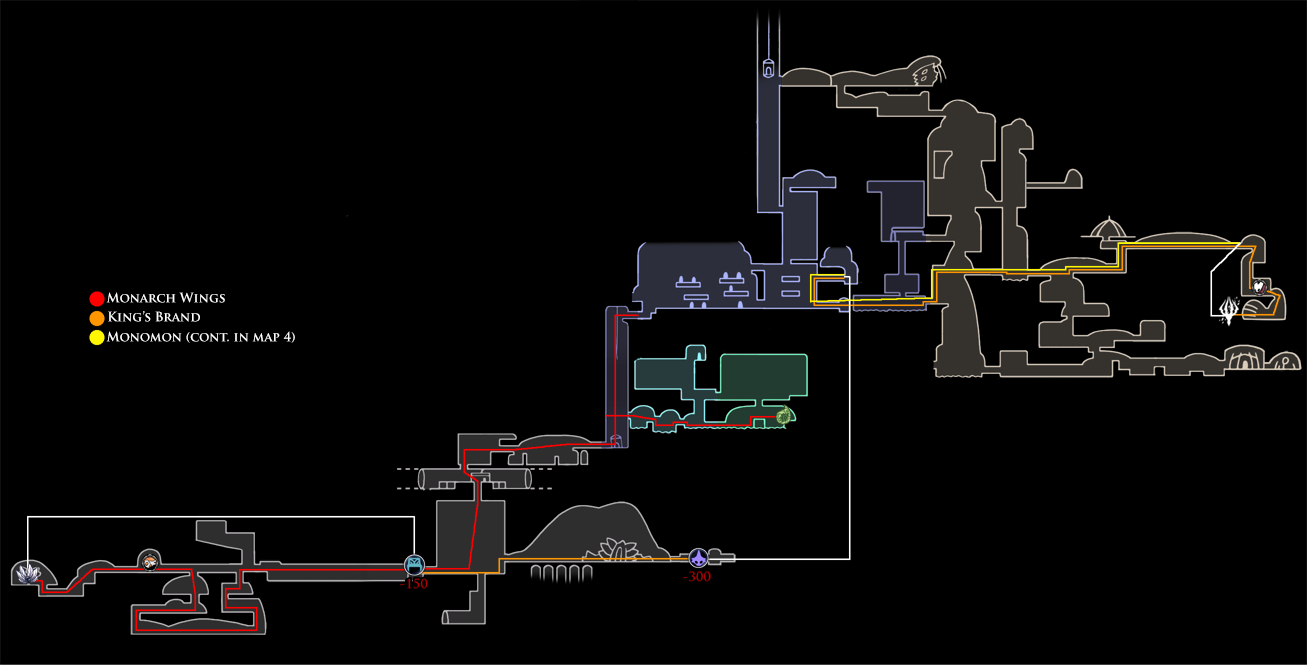 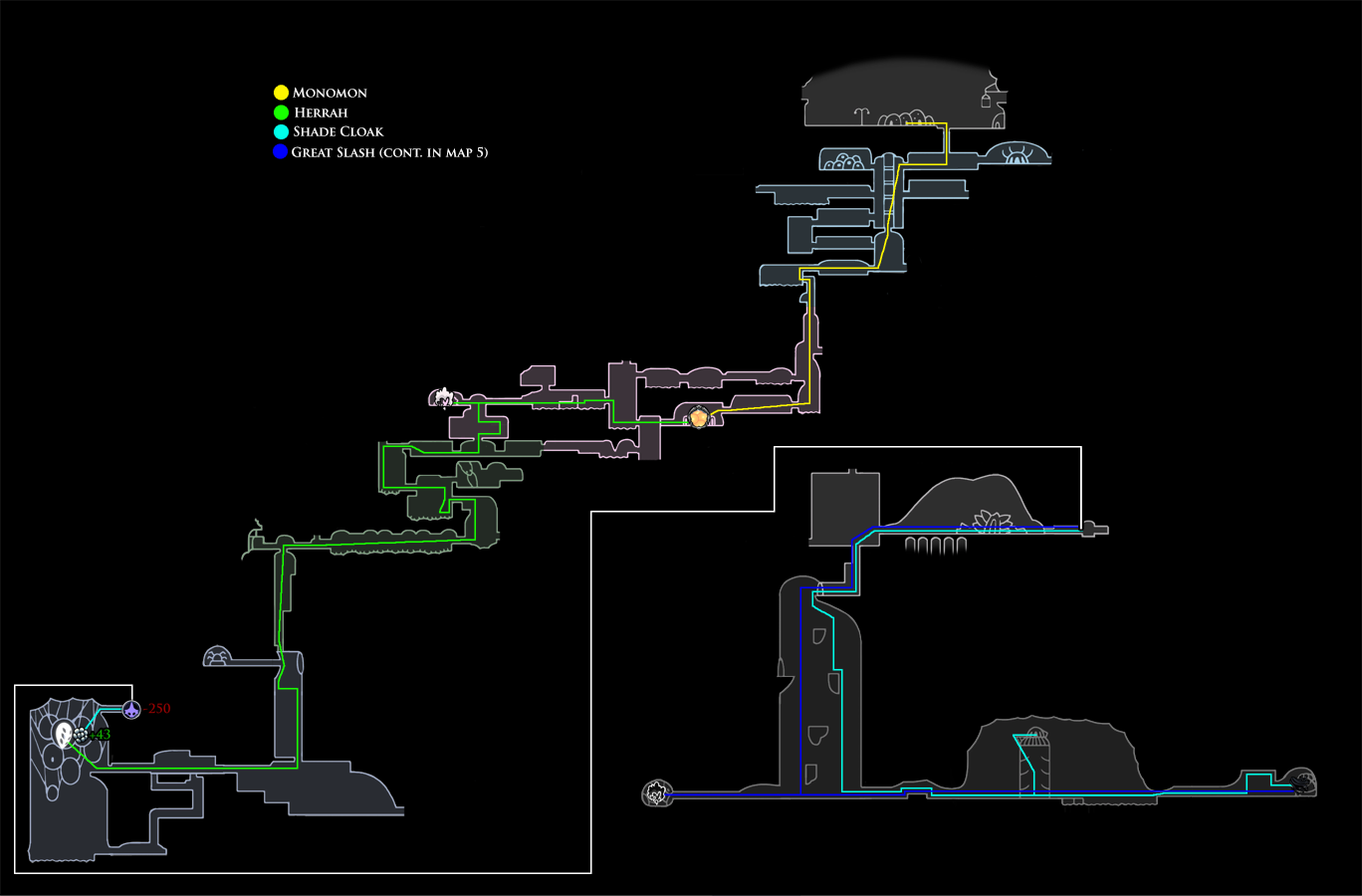