Lucah:
Born of a Dream

In this guide, I will be detailing how to get all items in the game, save for La pickups, as those aren't really required for the 100% run. Now, first and foremost, let's go over the virtues that don't have any in-world locations to collect them.

Out of World Items

There are quite a few of these, and a majority of them are virtues. There are a couple of Mantras, so let's go over those first.

Aether - Acquired by achieving the Corruption ending, either through Sacrament III at the base of the Radio Tower, or by getting 100% percentage.

Alright. Let's get into the meat and potatoes of this guide. Following this, I will be listing every track, and what all you can find in the track, and where. Accompanies by a map. Items will be listed in the order they can be acquired.

The only items in Track -1 are mandatory items. 3 Rewinds, the Aero mantra, and the Burst familiar.

Track 1 ~ Lost in the World 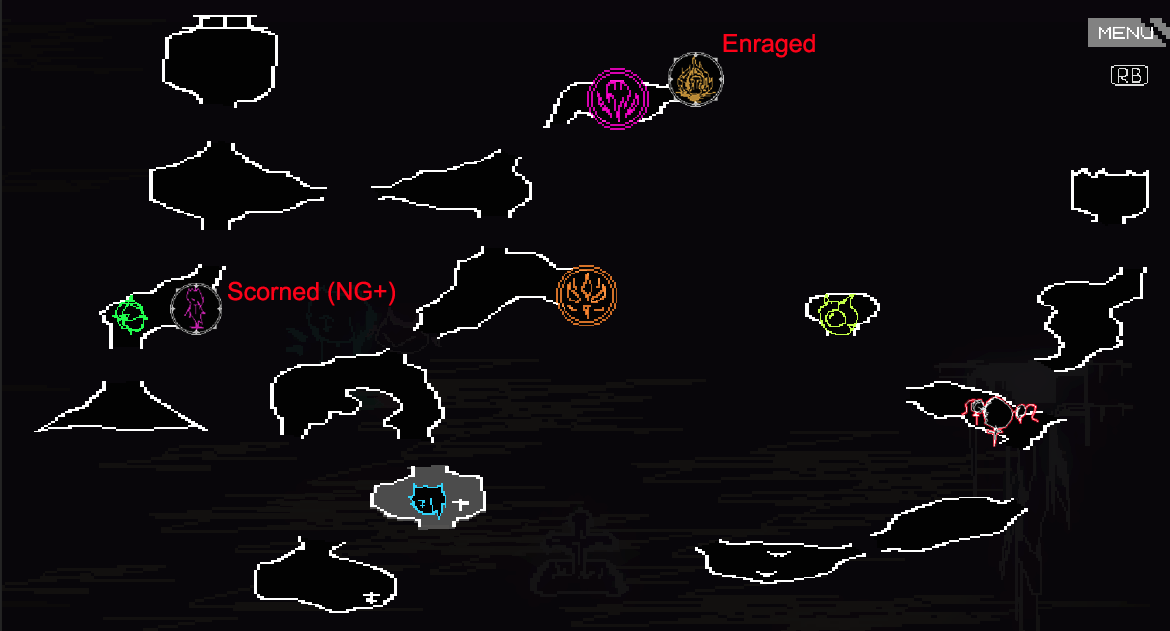 Impulse - Acquired at the start of the Track, mandatory.

Pyra - Acquired by going into the small southeast alcove in the 5th screen of the Track.

Prayer Bead #1 - Acquired at the small crossroads after breaking the roots.

Shocker - Go left at the crossroads, and then north.

Anima - Acquired after defeating The Hive.

Enraged - Go to the right side of The Hive boss room.

Scorned (NG+) - In the same room that Impulse was at the beginning. 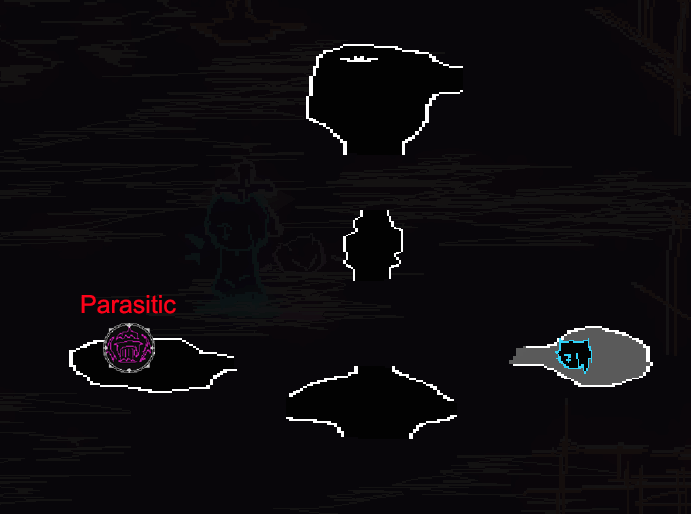 Parasitic - In the combat pit on the west side of the Sanctum. 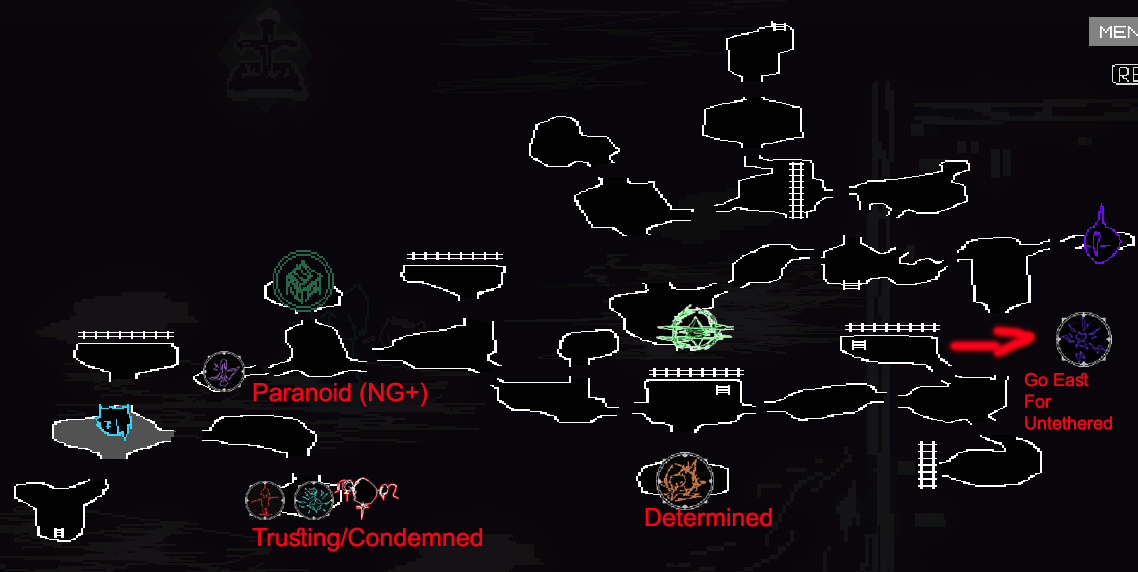 Condemned - Bought from the Merchant.

Trusting - Bought from the Merchant.

Prayer Bead #2 - Bought from the Merchant.

Gaea - From the Avon station, go south, west, then north.

Rewind #2 - From the Highland station, go north and defeat the enemies.

Untethered - Take the train as far east as it can go.

Pierce - From the End Station, go north, then northeast, then enter the pipe.

Paranoid (NG+) - From the Avon station, go south, east, then enter the pipe.

Track 4 ~ When the Sun Hits 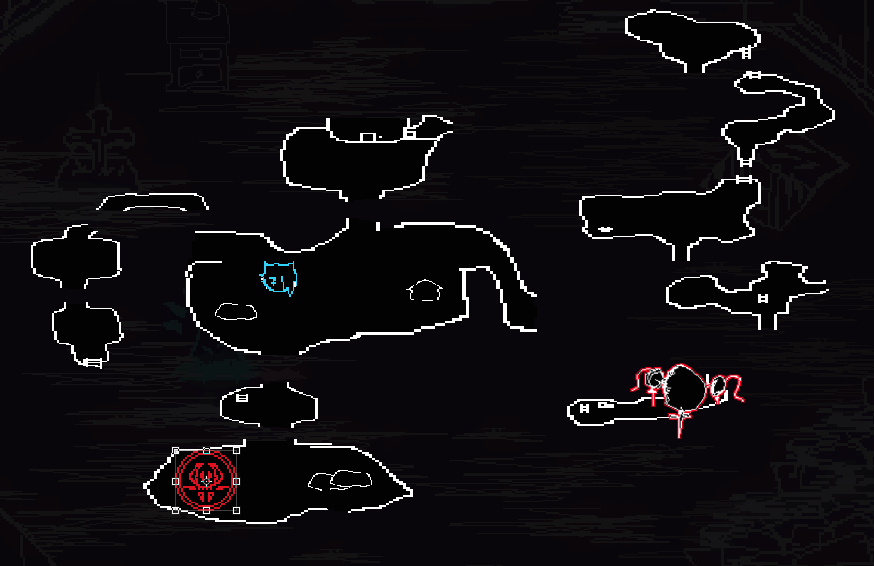 Thanatos - South from the rest area through the building, then unlock the leftmost house.

Prayer Bead #3 - In the shortcut to the School from the rest area. 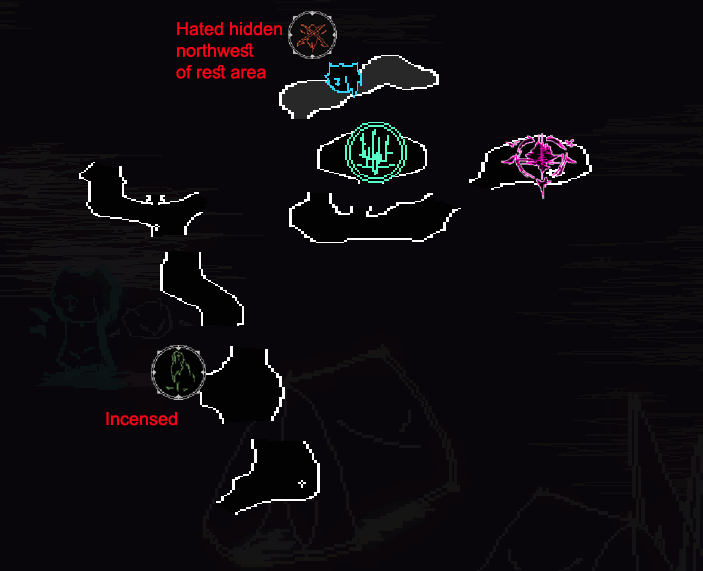 Incensed - North from the first bus stop, in a small alcove to the west.

Hated - In the Arena rest area, follow the left wall to the north until you walk through it.

Bios - Return to the arena after defeating Serah. 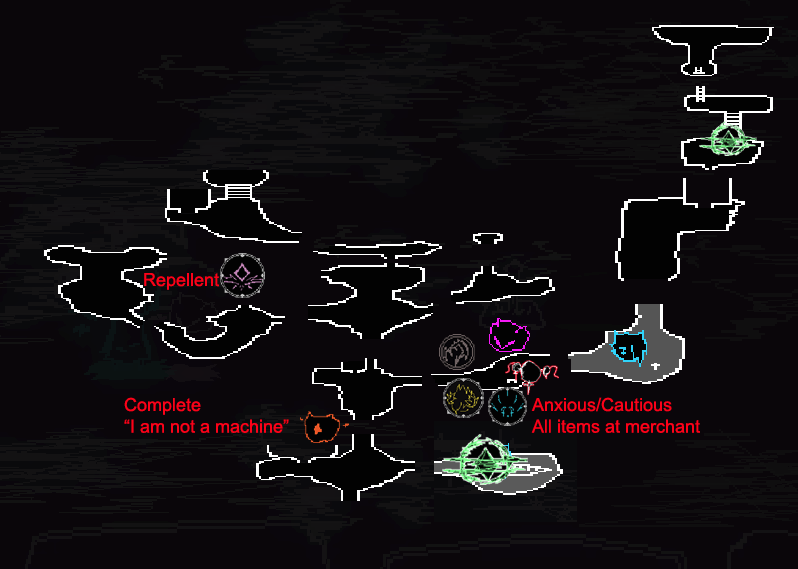 Rewind #3 - Enter the pit directly east from the entrance to the Track 6 map.

Rewind #4 - Left of the stairs before the ladder to Christian 2.

Repellent - Up the bridge to the north of the screen with the 2 small spider Nightmares. 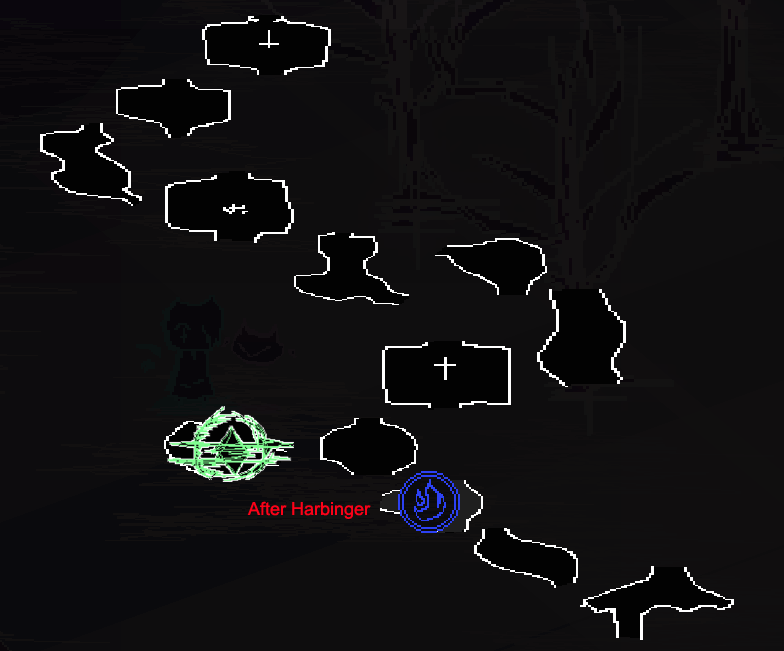 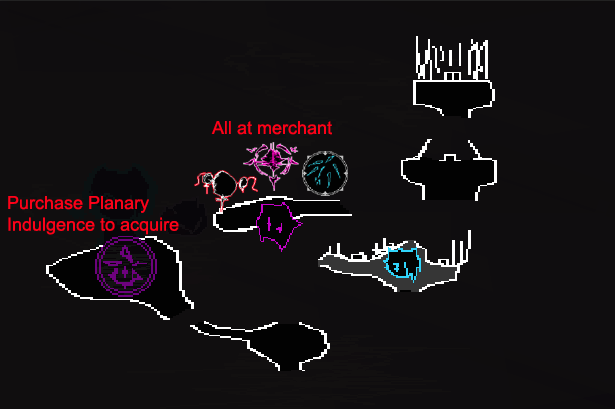 Aqua - After defeating the Harbinger, return to the Linear Path screen.

Fos - Purchase the Planary Indulgence, then go south and west from the rest area.