NOTE: If you're playing anything other than the Switch version of Cave Story+, then none of this applies to you—all you need to do is time the jump onto the Beetle correctly and proceed on your merry way

Riding a Beetle through the first cutscene in Egg Corridor is a fairly well-known trick among Cave Story enthusiasts. The developers of the Switch port of Cave Story+ tried to patch it out by adding a wall of invisible solid null entities after the cutscene trigger point:

However, these null entities' hitboxes don't quite span the entire height of a block, so there is a gap between each adjacent pair. If the Beetles are at the right height, it is possible to ride them through one of these gaps and thus not get stopped by the invisible wall.

Here is a setup that manipulates the top Beetle into flying at a good height for bugride:
After spawning the two Beetles, quickly run over to this spot and wait for the top Beetle to pass you: 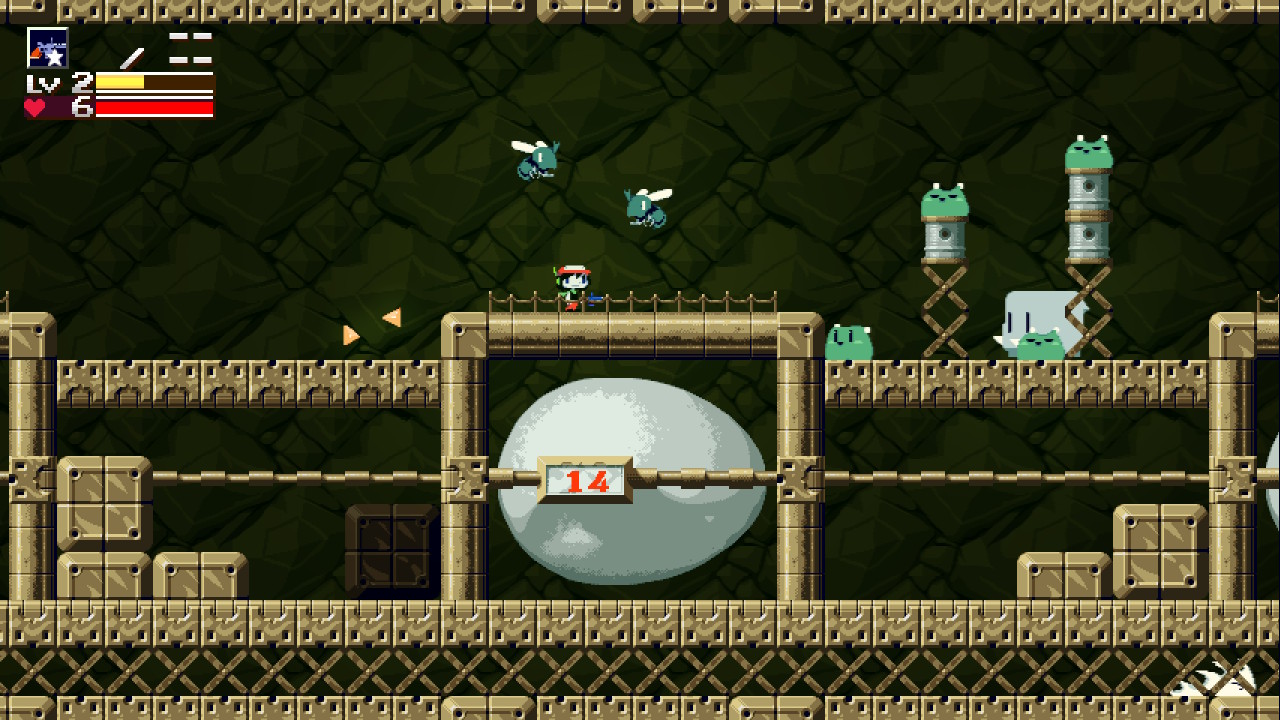 (This is not pixel-precise; there is a bit of leeway here on either side of this location.)

After the top Beetle passes over you and turns around, continue onwards through the level as usual. Make sure to stay ahead of the Beetles; don't let them catch up to you, or else you'll mess up the setup. (Ideally, you should also still be trying to level up your Polar Star, though the Beetles chasing behind you means that you'll have to act fast.)
Time the jump well to get onto the top Beetle at the end, and if you did everything correctly, you should hopefully be able to ride it through the cutscene. (The timing for this jump can be tricky—if you do a full jump to the right when the Beetle is ~2 blocks away from you, that should be pretty close.)

Alternatively, you could also wait for the Beetle at this spot, which is slower but you get slightly more of a head start (which means more time to grab weapon energy, etc.): 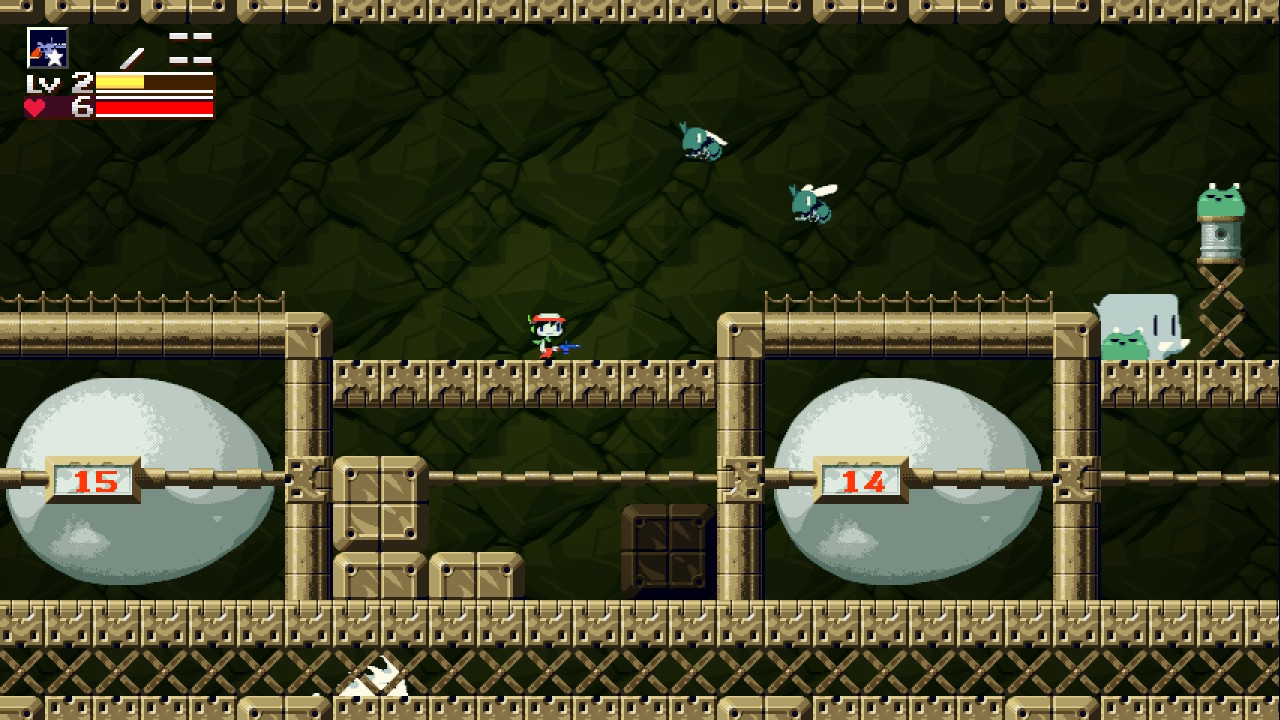 That's all there is to it! 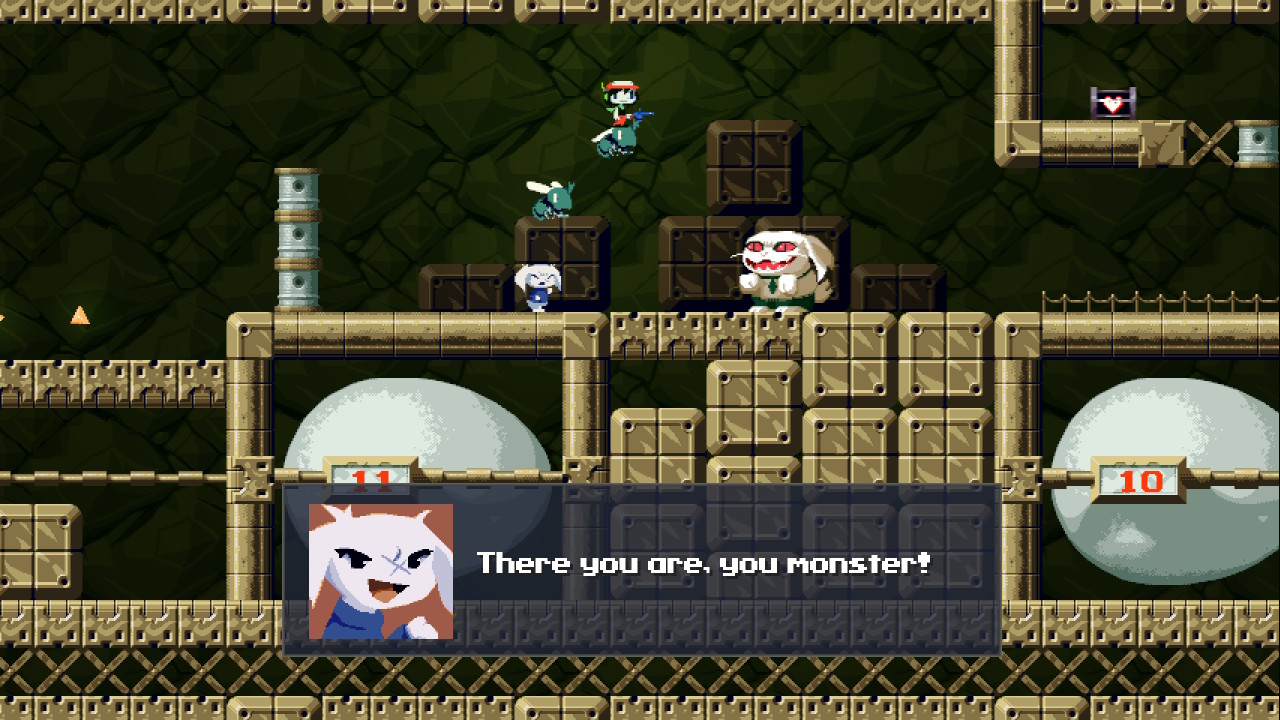