After receiving numerous complaints, the decision has been made to restructure the Default Loadout (NG+) category regarding difficulty subcategories.

The Default Loadout leaderboard for Individual Levels is now split into two subcategories: "Either Difficulty", and "Master".

"Either Difficulty" is mostly consisting of pro difficulty runs.

Only submit Master difficulty runs to "Either Difficulty" subcategory if your run is a new record on both Pro and Master.

If your Master difficulty Default run does not break the Pro Default record, just submit it to the Master subcategory only. Hopefully that makes sense.

The reason for having an "Either Difficulty" subcategory to begin with, is to give more visibility to master default loadout runs that have surpassed the pro/ default runs, and give an option of both a combined and a filtered leaderboard to satisfy both sides.

See attached images for clarity on how this will be organized. 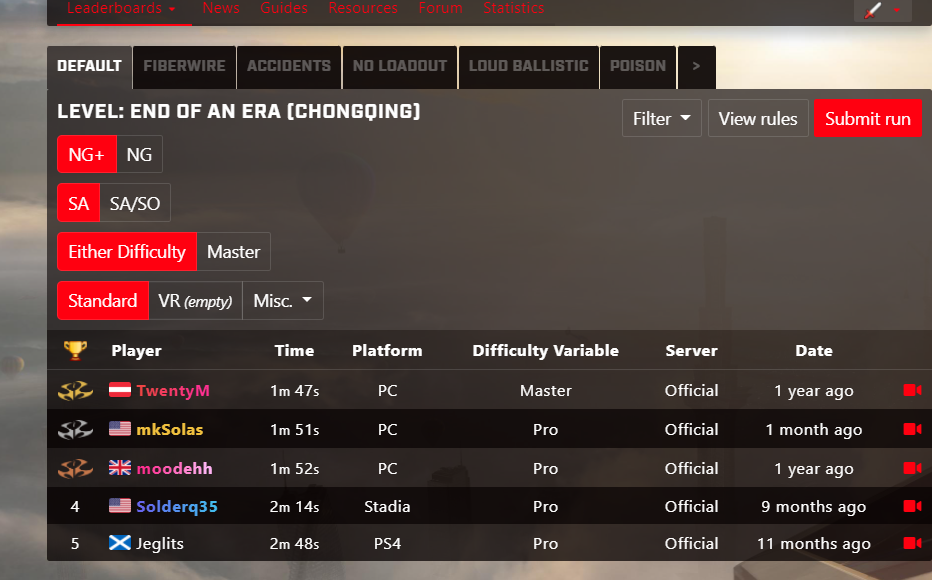 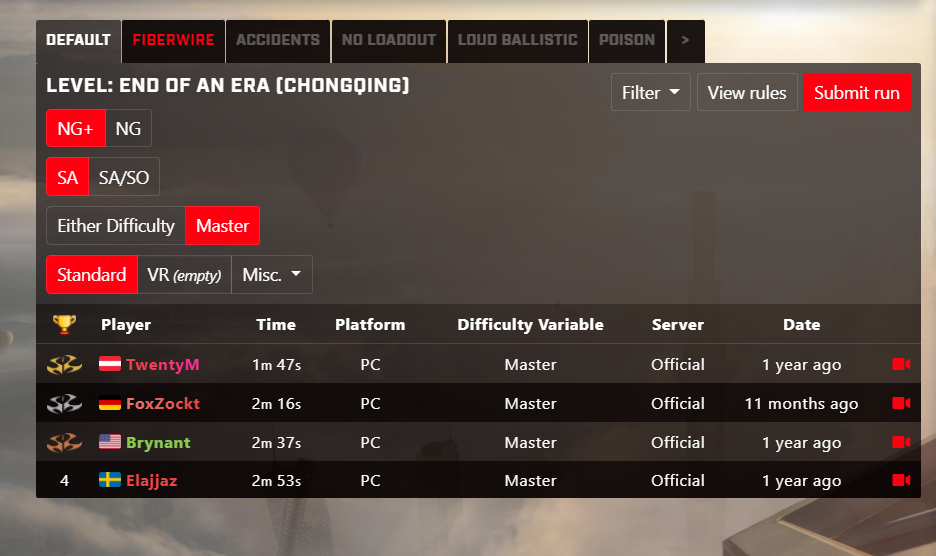 Note: For the time being, Default Loadout Full Game Runs remain merged between difficulties, because in every full game category, the Default Master record is faster than Default Pro record.

If and when a faster Pro Default Full Game Run comes along, we can consider reorganizing the full game leaderboard for a difficulty split, but for now that seems premature.